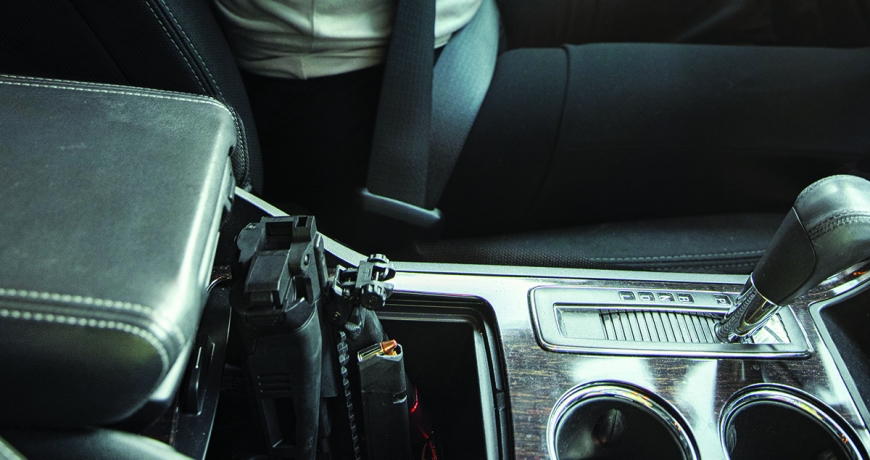 One question that we hear debated quite often by everyone from novice gun owners to gun enthusiasts is “what is the best handgun”? While there are definitely a few bad handgun options out there, the best handgun is really going to come down to the shooter’s preference.

Some people prefer Glocks, some prefer Sig-Sauer’s, some prefer 9mm’s and some prefer shooting a .50 cal Desert Eagle. At the end of the day, the best handgun will usually come down to things like the scenario it’s intended for, the shooter’s experience, and even the shooter’s physical size.

So instead of crowning any one handgun the “best handgun”, let’s take a look at some great handguns that are great for a variety of situations.

When it comes to handguns, 9mm’s are pretty much the most popular and widely purchased caliber.  There are more than 60 major firearm brands that currently produce handguns as well as a huge industry built around gun modification.

However, in this sea of firearms, there is one 9mm handgun that stands out from the rest – the Glock 19.

The Glock 19 is compact, reliable, lightweight, and most importantly, easy to use. Made partially of plastic, this gun weighs in at just under 25 ounces, making it easy to conceal in a bag or holster. This gun is great for both home defense situations as well as a concealed carry piece.

Another great feature is the Glock 19’s capacity. The standard magazine holds 15 9mm rounds with one in the chamber for a total of 16 rounds. The Glock 19 can also be equipped with an extended magazine that can hold 33 rounds.

The Gen 5 G19 improved the grip texture and removed the finger grooves associated with earlier iterations. Thus, this version is ideal for many more types of shooters compared to its predecessors.

There are a number of handguns that are popular among women, but our pick for the best handgun for women is the M&P Shield from Smith & Wesson. This slim, lightweight (20.8 ounces) pistol offers the shooter ease-of-use an optimal concealability.

A lengthier grip height means the Shield has a tighter grip, enhanced accuracy, and exceptional recoil control. There’s also a consistent and short trigger pull since the S&W model is a striker-fired pistol. Adding to these already impressive features is an audible reset and a 5.3-inch sight radius to bolster target acquisition.

Finally, the Shield is corrosion-resistant due to its polymer frame and stainless-steel chassis system. This handgun is lightweight, reliable, easy to fire and extremely accurate.

While just about any handgun can be concealed, many experts have crowned the SIG Sauer P365 as the best concealed handgun on the market.

This tiny-but-mighty pistol is shorter and thinner than the GLOCK 43 while still holding 10 to 12 rounds. Comparatively, the G43 only holds 6 rounds.

The P365 has a double-stack magazine, yet it’s thinner than the bulk of 9mm pistols. Furthermore, this sleek SIG Sauer model possesses the ergonomics and feel that are both synonymous with the brand. It’s also constructed with 3-dot tritium night sights, mitigating any need to pay for upgrades like one would need with other pistols.

This gun was named Handgun of the Year by a number of publications including NRA’s Shooting Illustrated Magazine and  Guns and Ammo Magazine.

The Heckler & Koch Volkspistole (or people’s pistol) stands out as much for its ergonomic handling as it does for its sleek and stylish appearance.

Ambidextrous controls allow the shooter to use either their left or right hand with the same level of ease. A slight bulge – designed to be squeezed inward – is felt when firing with either hand. The back and side straps can also be changed out to make the pistol grip customizable for any shooter’s hand with 27 options of grip configuration.

This action cocks and readies the pistol for firing. Such a feature enhances this handgun’s safety because the user knows a discharge can only happen once after they’ve performed the squeezing action. Safety is integral to a pistol being fit for home defense, so the above function proves quite valuable.

With a light, short, and crisp trigger action, the VP9 is ideal for inexperienced handgun owners who’ve purchased a firearm for home defense.  Plus, the fixed cold hammer-forged barrel with polygonal rifling drastically enhances accuracy.

While no handgun should ever be used by an inexperienced person, there are some handguns that have an easier learning curve for novice shooters. While the Glock 17 and Glock 19 are both great guns for beginners, our pick is the Springfield XD-M.

The XD-M is an enhanced version of the standard XD pistol that improves on ergonomics and accuracy. The ergonomic design of the pistol helps the shooter get on target quickly and maintain your accuracy during rapid-fire bursts.

The grips can also be modified using 3 interchangeable backstraps, allowing shooters to tailor the grip to their hands. The ergonomic benefits really help novice shooters overcome some of the most common shooting errors.

The Springfield XD-M also has safety features such as its striker status indicator and loaded chamber indicator. These give the shooter an indication as to whether the gun is loaded and ready to fire in any lighting condition.

Most importantly, there are dual external safeties, preventing potential disasters that could result from a lack of firearms knowledge. With a grip safety similar to a 1911 and an articulated safety lever built into the trigger blade, the chance for accidental misfires is greatly minimized.

There are a number of great 45 caliber handguns on the market, but our pick for the best 45 handgun is the Heckler and Kock HK45.

Regardless of its origins, Heckler and Koch have put forth a highly ergonomic, 100% reliable, and unflappably robust .45.

The improved ergonomics are highlighted by the following features:

Also, an enhanced grip to slide angle gives users that added boost of confidence when they use it.

This full-sized pistol can handle +P ammunition and boasts a magazine capacity of 10. It also has a DA/SA trigger system and an accurate polygonal rifled barrel.

When deciding on a handgun for this section, it seemed reasonable to think through a law enforcement officer’s perspective.

Many experts will point to the GLOCK 19 for the police, which does share many traits with the 22. Aesthetically, the two only differ because the 22 is longer by a couple of inches and heavier by a few ounces.

Here’s where the GLOCK 22 truly differentiates itself:

The GLOCK 22 became the firearm-of-choice for military and law enforcement in 2006 due to its impressive power.

Yes, the 19 brings more concealability to the table. But if officers don’t need to hide their weapon, the 22 is far more versatile, since it offers both 9mm and .40 caliber capabilities. In fact, this model has filled the gap previously left by GLOCK between .45 caliber and 9mm.

Finally, the GLOCK 22 beautifully balances .45 caliber-power with 9mm size and flexibility. Thus, this model is the number one choice for thousands of service officers in need of a self-defense pistol.

The 5-inch barrel Tenifer coated barrel and slide is the feature that stands out most with the PPQ M2 .40 pistol. While the resulting increase in muzzle velocity is attractive to any gun enthusiast, it’s far from the only selling point of this fantastic firearm.

A longer barrel sight radius leads to the utmost precision when lining up sight. Ambidextrousness is featured in both the slide stop and magazine release button – and there are front/rear slide serrations.

For the design-enthusiasts out there, the aesthetics of the Walther PPQ M2 are intricate and refined.

This choice might overlap with the “best handgun for beginners.” Still, there are too many excellent options for newer gun owners to list just one.

The Ruger LCR9 makes a big enough impression to be mentioned in this section. Unlike the bulk of our suggestions, this model is a classic revolver with a lightweight snub-nose. It’s also loaded with tiny pieces of metal that clip into the base of 9mm rounds. These are referred to as moon clips.

Holding only five rounds, the Ruger LCR9 is ideal for beginners lacking experience in loading their firearms. Lastly, this revolver’s shorter range – compared to other handguns – is beneficial to most novices who need time to develop their marksmanship.

Much like the previous choice of handgun, this part of the blog is essentially a retread of another section. After all, it felt unfair to leave readers with only one option for home defense.

The FNX 45 is a dependable semi-auto pistol with fully ambidextrous controls, 15 round mags, and highly impactful ammunition. This powerful handgun has a MIL-STD accessory rail for flashlights or rail-mounted lasers for easier target acquisition.

As a semi-auto pistol varies with is backstrap options, the FNX 45 allows users to find their preferred grip. It also features a DA/SA trigger and safety/de-cocker – a crucial element of any home-defense firearm.

There is Such a Thing as “The Best Handgun for You.”

When it comes to buying a handgun, the “best” option is really going to depend on the scenario you’re buying it for and your experience level.

Finding the ideal firearm necessitates plenty of research, trial, and error. Purchasing a pistol or revolver isn’t something somebody should do without some significant scrutiny.

It’s always a good idea to take a trip to your local gun range to try out different handgun models before you make a purchase. This will help you get familiar with the weapon, how it fires, and how comfortable you are handling it before you make your purchase. 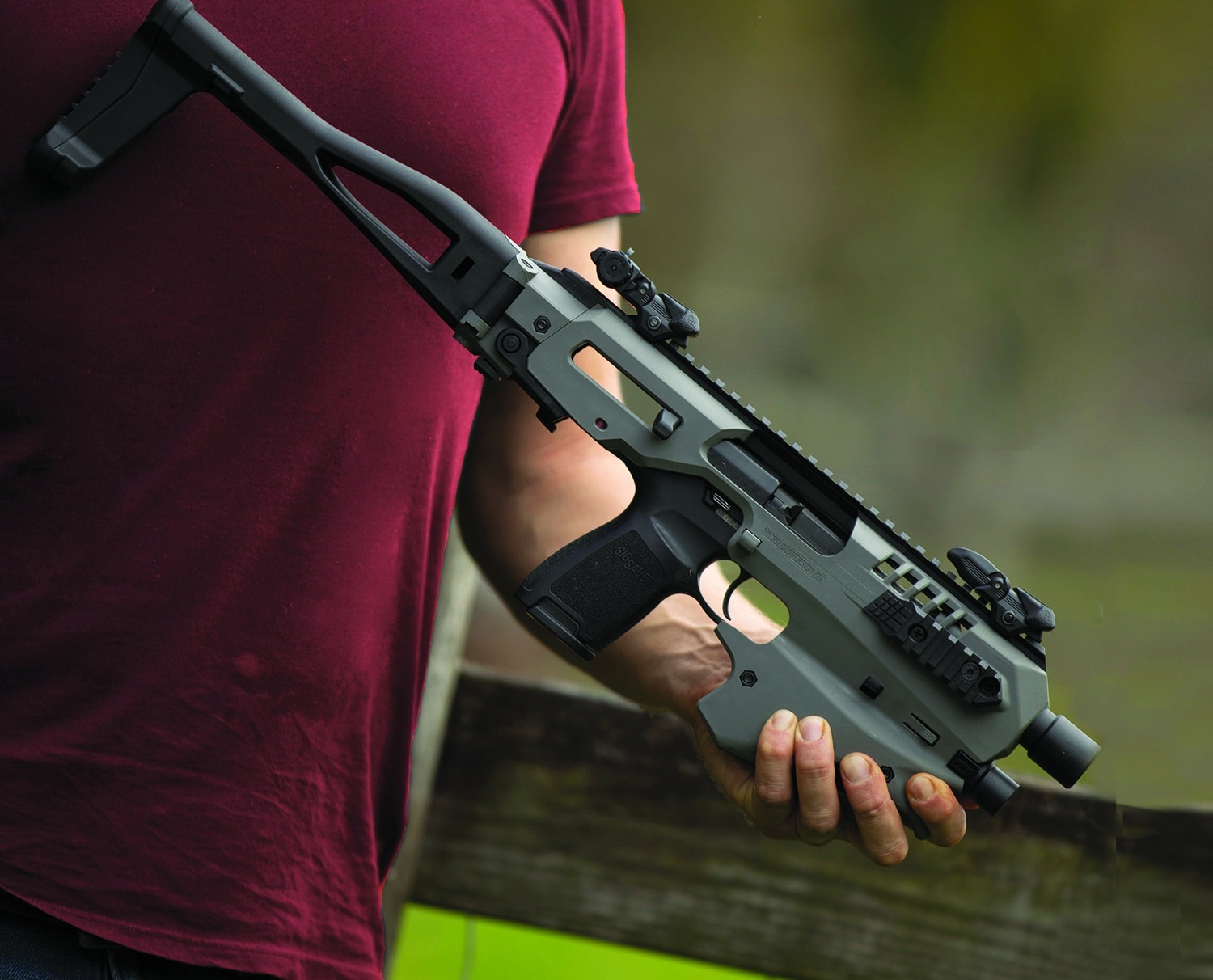 Different Types of Pistols That Can Be Converted

While gun owners may have historically looked to a longer gun when looking for improved accuracy and range,… 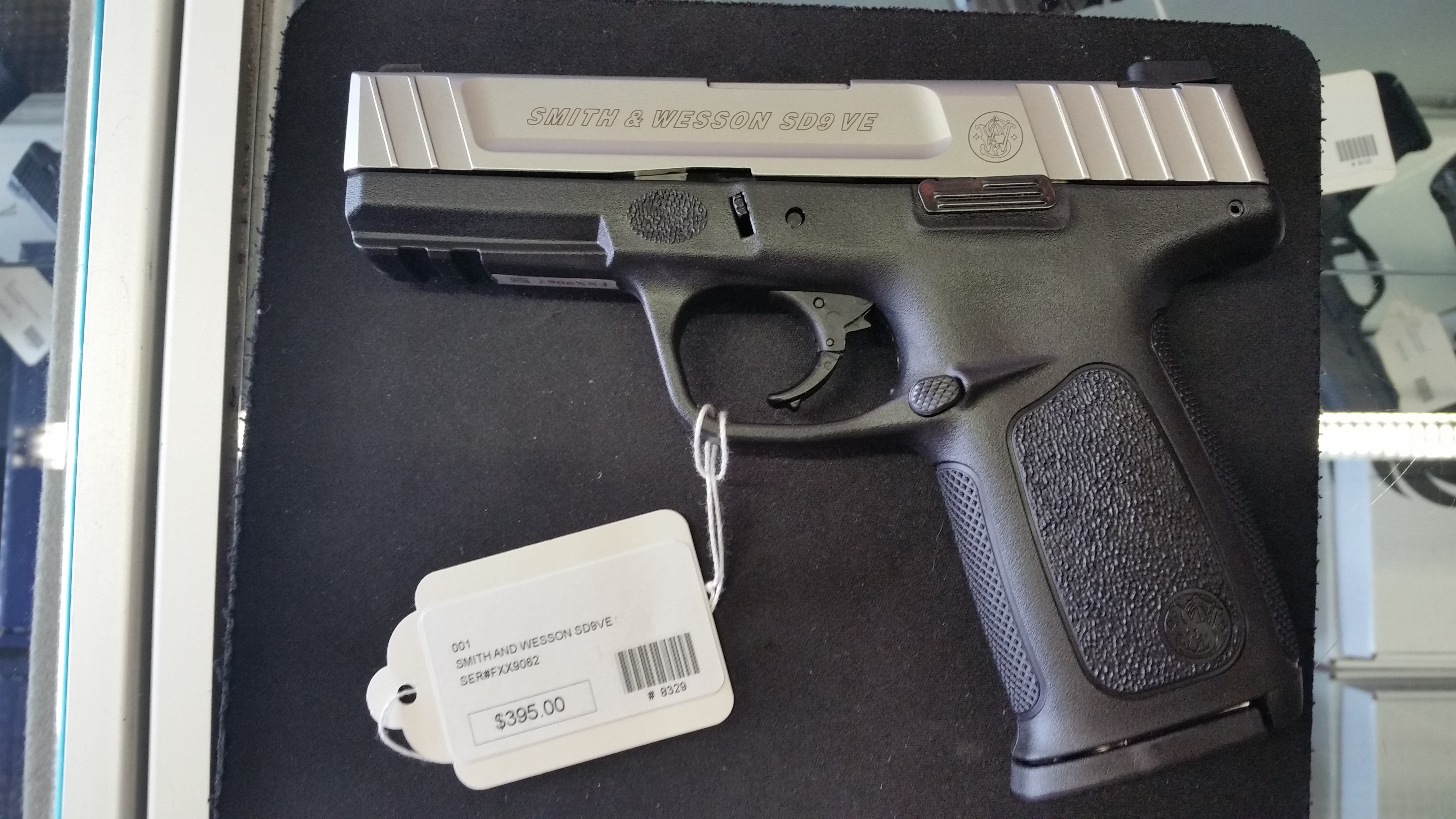 With Smith & Wesson re-releasing the SD9 VE, it only made sense for us to put together a… 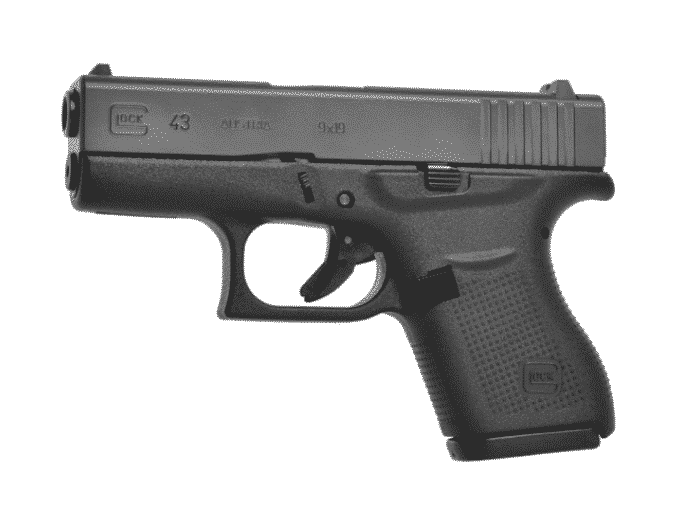 Glock 43 Review – What To Know About This Compact Handgun

Check your email for your $20 discount code.