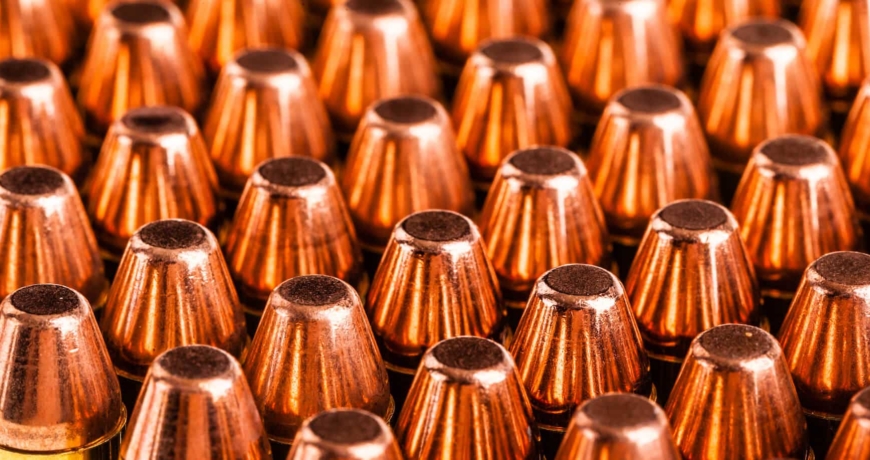 The .45 ACP (Automatic Colt Pistol) is a rimless straight-walled handgun cartridge. It was designed by legendary firearms designer John Moses Browning back in 1905 for use in his prototype Colt semi-automatic pistol.

This was a response to the US military’s complaint that the .38 Long Colt lacked penetration and stopping power. The .45 ACP’s stopping power made it the new favorite of the U.S. Cavalry. It became a standard issue for Colt M1911, popular with the military and law enforcement.

Any ammo labeled .45 ACP is going to get the job done well. That being said, some ammo types/brands are best for certain scenarios. We took the groundwork out of it for you, and have rounded up the best .45 ACP ammo for your varied needs.

What To Consider When Choosing Your .45 Ammo

You’re all kitted out in your tactical gear and ready to hit the range with your new firearm. Now you just need to stock up on some ammo.

Seasoned shooters generally know what they need, but new gun owners may need some direction. So if you’re new to shooting, first take the following factors into account when looking for the best .45 ammo.

Things To Know Before You Purchase

Never settle for cheap, poor-quality ammo. We cannot stress this enough. Cheap ammo may seem like a good deal, but that saving comes at a high price.

Inferior quality bullets, casings, and powder can cause serious damage to your firearm and render it unsafe to use. Rounds that leak around the primer pocket will erode the bolt face. High-pressure rounds can lead to metal fatigue, causing microscopic cracks.

Ammunition manufacturers put their products through stringent tests. But to be certain that the ammo you are purchasing is of the highest quality, stick to tried-and-trusted brands.

Different guns handle differently, even when loaded with the same caliber bullet from the same brand. Depending on the gun you have, and what you use it for, you’ll find that certain brands are the best quality for your needs.

The bullet is only one component of the cartridge you’re loading into your firearm.

The casing is one major area of difference between different types of ammo. Bullets are divided into different categories, and the type of shooting you engage in will influence your choice.

The .45 ACP is usually loaded with one of two basic bullet types. The Full-Metal Jacket (FMJ) round-nose or Jacketed Hollow Point (JHP).

The FMJ bullet is completely encased in a copper jacket, hence the name. The .45 FMJ is popular for target shooting, practice, and competitive shooting. It’s normally open at the back, with a small part of the lead exposed. However, there’s also a Total Metal Jacket (TMJ) which is closed at the back.

The FMJ and TMJ are not recommended for self-defense, but rather for hitting harder targets.

The JHP bullet has a lead core in a copper casing. Unlike the FMJ, the nose is uncovered, exposing the soft lead tip. This allows it to expand upon impact. JHB bullets are preferred for hitting softer targets, such as in self-defense.

Ammo is available in different grains. This is the unit of mass measurement used for bullets and the gunpowder they contain. It’s a major factor when choosing the right ammo for your shooting needs.

Heavier grain bullets have more stopping power and are an excellent choice for law enforcement and self-defense, but cause more recoil when fired than a lower grain.

Lower grain ammunition is only really suitable for target and practice shooting.

Higher muzzle velocity is best for hunting and self-defense. It allows the bullet to maintain a trajectory and hit its target with maximum energy.

The further the bullet travels before hitting its target, the more velocity it loses. Therefore, a high muzzle velocity is crucial for hunting and aiming at long-distance targets.

Our Review Of The Best .45 ACP Ammo

While .45 ammo is great all-around ammunition, certain brands are better suited to certain situations. In this roundup, we’ve broken it down into 5 main categories.

In competitive shooting, you need ammo that offers high reliability and accuracy. And.45 ACP ammo fits the bill. Whether indoor or outdoor, .45 ammo gives you the edge in competitive target shooting.

These rounds are heavy metal free and have non-toxic primers, making them ideal for those practicing indoors and in poorly ventilated environments. The specs for this round are:

Best .45 ACP Ammo For Home On The Range Practice Shooting

No matter if you’re practicing for a sporting event or just honing your skills, there’s .45 ammo that’s great for range shooting.

These cartridges are almost exactly to the original military specifications for .45 auto ammo. These rounds fire a 230-grain full metal jacket bullet at about 865 feet per second.

As a concealed carry, a .45 may be difficult for inexperienced shooters to draw. But using a .45 handgun for self-defense ensures that the target is stopped thanks to its deep penetration and maximum stopping power.

Speer created one of the first .45 JHP bullets used by law enforcement, so we can be sure that their products are of superior quality.

The Gold Dot was the first .45 ammo to have a bonded core. As the hollow point expands, the jacket and core of this bullet remain together. This means that the bullet will lose less than one 100th of its weight in bare gelatin and through steel plating alike. This ammo is also very accurate due to its concentric jacket.

In general, we would not suggest using a .45 caliber handgun for hunting, however, there may be situations where a .45 is your only line of defense in the wild. For example, you could find yourself in a situation where you need to defend yourself against an attacking bear or another wild animal.

If you’re out in the woods and your only means of defense is a handgun, you’ll want to have it loaded with ammo that has serious penetration power. Animals like bears will require much deeper penetration than humans or smaller animals like mountain lions, so you want to make sure your ammo packs a punch.

Forget about hollow points. Those won’t do the job here. If you are looking for maximum power, you may need a +P option. This means it is loaded to maximum safe pressures.

Buffalo Bore is one of the most popular companies offering +P 45 ACP ammo. This is a gas-checked soft cast bullet that travels around 1,000 fps. These bullets are substantially more powerful than a standard 45 load and can be fired in just about any .45 handgun.

For general hunting, this round is known for high accuracy and deep penetration. Be prepared for a strong recoil. If you’re new to hunting, acquaint yourself with general hunting laws.

The .45 ACP was originally created for the military and law enforcement. In 1985, the U.S. military replaced the .45 ACP with the 9mm Parabellum. Delta Force, Marines, and US Special Ops units are still given the option of using guns chambered in .45 ACP.

This ammo delivers maximum penetration through hard barriers, including auto glass. What makes it so effective is the core/jacket bonding process. While many police departments later changed to 9mm rounds, some members of law enforcement still carry a .45 as a sidearm or an off-duty service weapon.

These rounds feature a jacketed hollow point that expands on impact. This ammo is bonded which helps prevent core/jacket separation, making this the round of choice when using a weapon for self-defense.

Whether you’re just taking in some practice at the range or carrying for self-defense, there is most certainly .45 ammo that is best for you. The only surefire way to know which is the best .45 ACP ammo for you is to put them to the test.

Two of the most popular Glock models available today are the Glock 17 and the Glock 19. To…

The Glock 19 stands as one of the most sought-after handguns on the market today. Glock Ges.m.b.H has…

What You Should Know About the Smith & Wesson Shield

The concealable semi-auto handgun market has been booming as more and more Americans start carrying handguns for self-defense.…