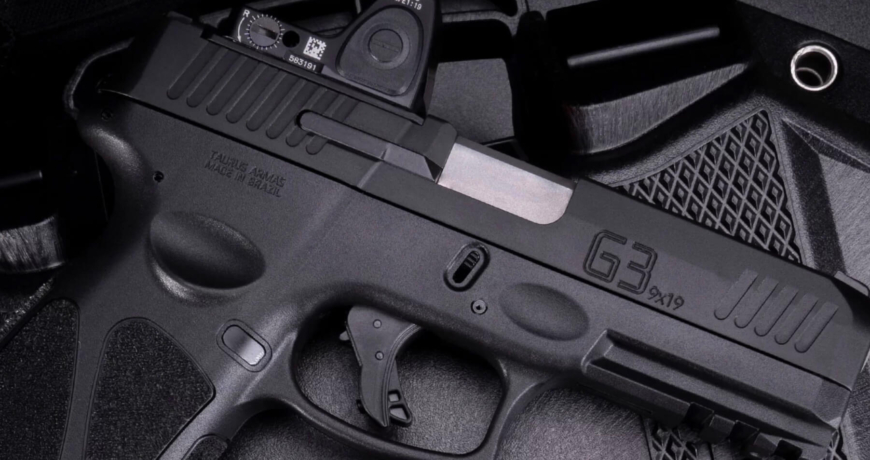 The new Taurus G3 9mm handgun is a full-size variety of the striker-fired G-series. While Taurus had previously developed a reputation for sub-standard pistols, the company has revamped their striker-fired gun by improving the ergonomics, firing reliability, and build quality.

Borrowing from the successful platform of the G2 series, the new Taurus G3 9mm boasts the same robust frame with a more extended slide. The four-inch barrel straddles the line between a carry pistol and a full-size duty gun used by law enforcement officers. Of course, many handgun owners prefer to carry what police officers use, but this isn’t always the best choice.

Before shooting the Taurus G3, you should know that this gun is big enough for excellent shooting but small enough for everyday conceal carry. It has a flush 15-round magazine and weighs only 25 ounces fully loaded. Like previous Taurus models, the G3 offers second-strike capability. So, if it doesn’t fire the first time, simply pull the trigger again.

Components and Features of The Taurus G3 9mm

Known as the new “Do-it-all 9mm,” the Taurus G3 9mm boasts several tactical features. With an 18-round capacity, a three-slot accessory rail, and a single-action fire control unit with second-strike capacity, the G3 evaluations say that you would be hard-pressed to find a better 9mm for the price. It marks a new phase in Taurus history.

The price for features that appear on more expensive guns is excellent. The G3 has a soft trigger and less than a 5-pound break. However, because the handle is fat, the G3 would not be the best choice for small hands. The slide is a matte black finish and made of stainless steel. Taurus incorporated a striker block at the rear frame that stops the striker from going forward if the gun is dropped.

The black polymer frame has a front accessory rail. The Taurus G3 has a re-strike capability, meaning that if the round does not fire the first time, the double-action trigger lets you try again. With a smooth take-up trigger design, the clean break exceeds factory trigger expectations. Close to full size in a pistol, the G3 could be somewhat bulky for some people to carry daily.

The positive takeaways from the Taurus G3 9mm are that the design of serrations, slide, and grip texture is superior. Two pluses are the magazine ejects well and forcefully, and the trigger is smooth. In addition, the side frame memory pads provide proper placement of the thumb and trigger finger.

The negatives are that the take-up trigger is long, and the sights are average.

Taurus G3 9mm utilizes the successful design of the G2 but with a more sizeable framework and more extended slide. Upgrades to the G3 include:

Among the numerous accessories are:

The Taurus G3 holster has any number of holsters to make carrying this firearm easy. Among them are the Super Carry, Freedom Carry, Snap Slide, and the Gideon Mag Carrier. Any holsters made to travel with the Taurus G3 make this gun easy to conceal and wear inside the waistband.

Taurus makes the Galloway +3 magazine extension from carbon fiber reinforced nylon one and a half times stronger than aluminum. It gives you three extra rounds in the magazine.

The Taurus G3 aftermarket parts include the fiber optic sight set and the threaded target barrel, both by Lakeline LLC. In addition, Evike.com has the conversion kit for making the G3 a tactical gun and the Operis trigger for better finger pad position.

Common Questions About The Taurus G3

Does the Taurus G3 Jam?
The Taurus G3 9mm gun can jam when it has the wrong ammunition, especially in the first round of shooting. However, when shooting Federal American Eagle ammunition, the G3 was jam-free.

What is the best ammo for a Taurus G3?
As a striker-fired gun, the Taurus G3 is accurate at the range with various factory-made ammunition and suffered no jams or failures.

Where is Taurus G3 made?
The Taurus G3 is manufactured in Brazil and distributed through Taurus Holdings based in Georgia, USA.

Yay or Nay on the Taurus G3?

Reviews of the Taurus G3 duty gun fall on the side of “yay” to the new 9mm pistol. Designed to continue the Taurus G2, the G3 holds more ammunition in its flush-mount magazine while the handle is ergonomically comfortable. The rounded grip feels good in the hand.

The custom texturing lets the shooter grip the gun well, and the right size polymer frame allows for a confident grip. The re-strike double action of the trigger is practical for dry fires. Field stripping is easy. The Picatinny rail is widely popular because of uniformity, and spacing consistency allows for swapping accessories.

Taurus created the G2 to boost its reputation in the shooting world since gun owners previously viewed their guns as sub-standard. The progress Taurus has made in the last few years with the G2, and now the G3 is evident. With the affordable price point of the Taurus G3 9mm and a lifetime limited warranty, this gun is hard to beat!

Taurus G2c Review: Everything You Should Know Before You Buy

Are you looking for an affordable gun that has all the features of a high-end pistol? If that… 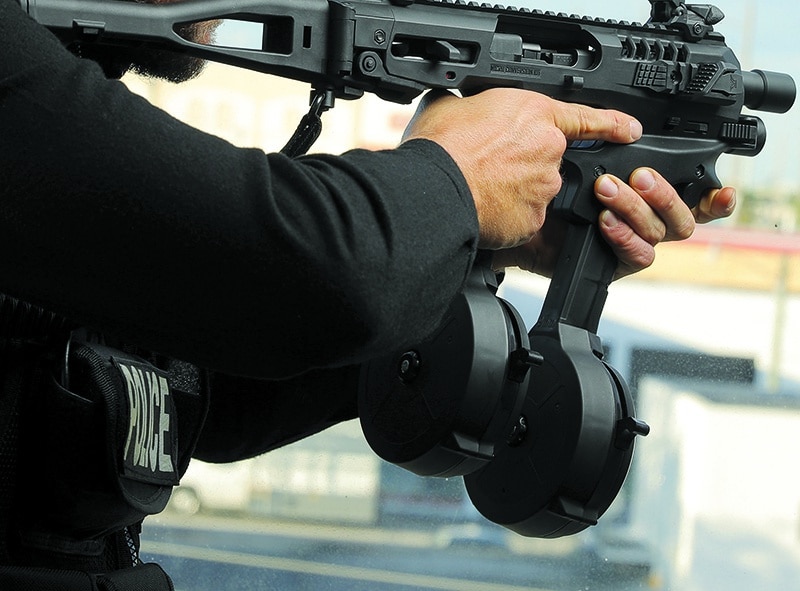 Important Things To Consider When Buying A Glock Conversion Kit

By now, most firearm enthusiasts have seen, or at least heard, about Glock conversion kits. These handgun conversion… 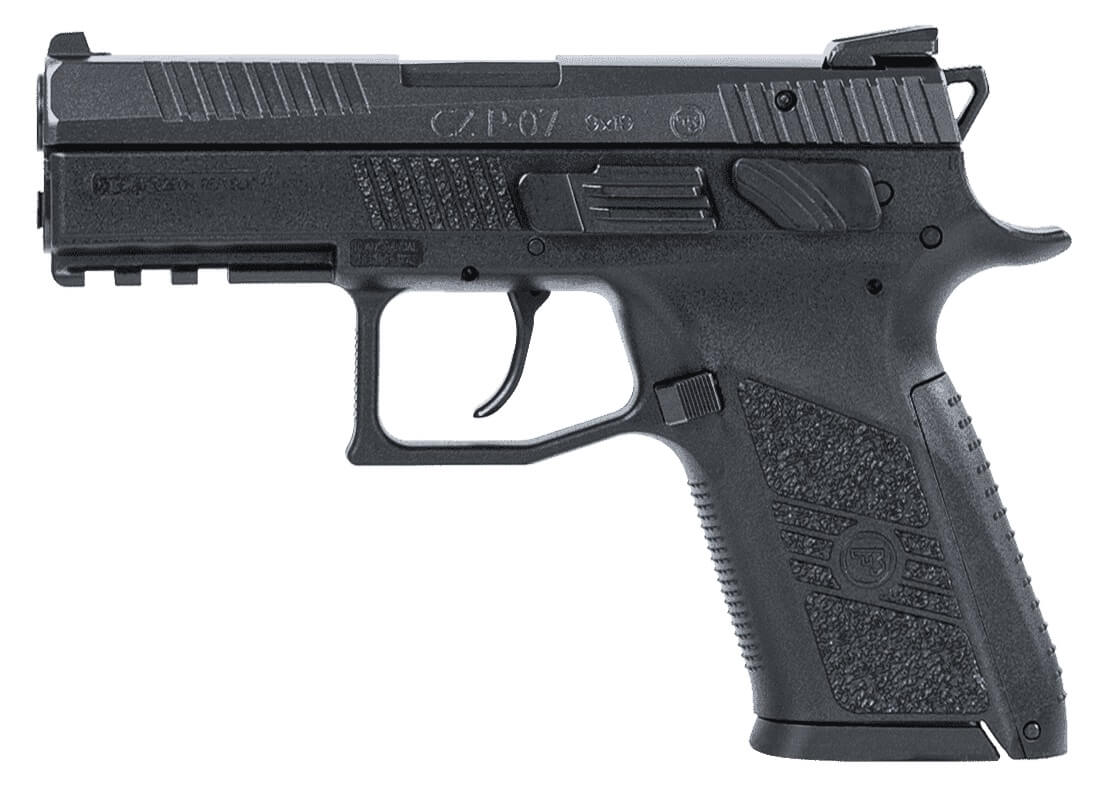 The Complete Comparison: The CZ P07 vs. The CZ P09

The CZ P07 and its full-sized counterpart, the CZ P09, have quickly become two of the most sought-after…