0$0.00
Home of the MCK & Micro Roni
/
Resources
/
Everything You Need to Know About Texas Constitutional Carry 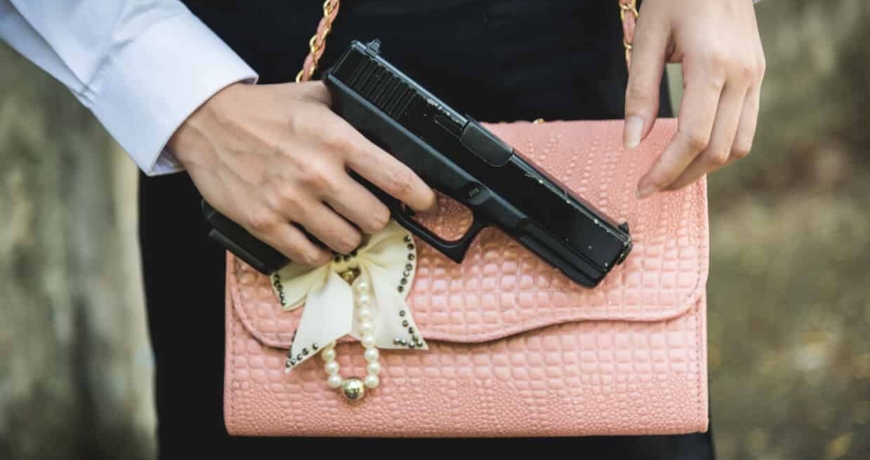 In the US, the Second Amendment protects citizens’ rights to bear firearms. However, different states regulate precisely how and when people can bear firearms. In June 2021, Texas Governor Greg Abbot signed the Firearm Carry Act of 2021 (HB 1927) into law. The new bill allows anyone over the age of 21 to wear a firearm, even if they do not have a license.

However, the new bill is not an “anything-goes” law and still has some restrictions on bearing firearms. The team here at CAA Gear Up put together this article with everything you need to know about Texas’ constitutional carry laws. After all, part of responsible gun ownership is knowing and respecting the law. We will cover the main changes HB 1927 brings and how they affect your eligibility to wear a gun.

What Is Constitutional Carry?

Since then, several states have passed laws enshrining constitutional carry in their constitutions and state legislatures. In Texas, the state legislature passed HB 1927, allowing citizens older than 21 to wear a firearm in public, even without a carry permit or license. The passage of HB 1927 is the first time that unlicensed public carry of handguns has been legal in Texas since the Reconstruction era.

The text of HB 1927 reaffirms that the Second Amendment protects the right for individuals to possess and wear arms and forbids local laws that restrict the lawful carrying of firearms in public. According to HB 1927, local governments cannot pass laws requiring licenses or permits for carrying a handgun, open or concealed.

What Has Changed from Previous Gun Laws?

Before the passing of HB 1927, Texas law required all individuals to obtain a state-mandated license to wear a pistol in public. The previous law imposed requirements for a background check, training, and proficiency exam. The background check process for obtaining a license involved fingerprinting as well as written and practical exams.

The new law removed requirements for training and proficiency exams, though it still requires background checks for buying a gun. Note that HB1927 is specifically about pistols and handguns. Open carry for long guns, such as rifles or shotguns, is already legal under Texas law and remains lawful.

HB 1927 does not allow persons currently prohibited from owning a firearm the right to open carry. So, if you currently are legally prohibited from owning a gun, then HB 1927 will not return that right to you. HB 1927 also does not allow open or concealed carry in places with federal restrictions on wearing firearms, such as prisons or courthouses.

When Did Texas Constitutional Carry Begin?

Although the legislature passed the law in June, HB 1927 did not go into effect until September 1st, 2021. Before September 1st, qualified individuals without a license would not have been able to carry a firearm. Now, anyone old enough can open or conceal carry a firearm, as long as they are not otherwise prohibited from possessing one.

?      Be allowed to purchase and own firearms under Texas and federal law

?      Not have been convicted of certain misdemeanor or felony crimes within at least five years. Offenses that may disqualify you include deadly conduct, terroristic threat, assault w/ bodily injury, disorderly conduct by either holding or firing your gun irresponsibly.

In other words, as long as you are old enough and don’t have a restriction by state or federal laws from buying or owning firearms, HB 1927 gives you the right to open or conceal carry a handgun without a license. Note that you do not have to be a resident of the state of Texas for this law to apply.

Who Is Still Prohibited from Firearms Ownership and Carry?

Some people will still be ineligible to open or concealed carry under HB 1927, including:

?      Someone who has a felony conviction within the past five years

?      Fugitives and those fleeing from law enforcement

?      Persons involuntarily committed to a mental institution or judged as unable to exercise rational control

?      Undocumented immigrants and persons not on an immigrant visa (barring some exceptions)

?      Those dishonorably discharged from the armed forces

?      Expatriates who have renounced citizenship

?      Persons subject to court restraining orders due to harassment, stalking, or child endangerment

?      Anyone convicted of domestic violence

If you fall into any of these categories, HB 1927 does not apply, and you cannot carry a handgun without a license.

Also, while HB 1927 generally allows one to carry a firearm in public without a license, it does not allow certain types of welding or brandishing of that gun. For example, if you are going to carry your gun in public, you must have a proper holster.

Previous law required either a shoulder or belt harness, but HB 1927 removed those requirements. Further, you cannot intentionally display that handgun in a public place or brandish that firearm as a form of intimidation.

Where Are Firearms Still Prohibited Under HB 1927?

HB 1927 also prohibits carrying firearms in some places, including but not limited to:

?      Schools or education centers, and any related locations (e.g., school busses, school activities, etc.) unless you have written authorization from the institution

?      Voting locations or polling places on election day or during early voting

?      Courts or offices that the court uses

?      Places where “pari-mutuel” betting occurs, such as horse or greyhound racetracks, in which all bets are held by the betting association that also distributes the amounts to winners.

?      Sporting events, such as professional games

?      Secure locations in airports after metal detectors (note that you generally can check your firearms as baggage at airports)

?      Prisons or jails, including locations used by the TDCJ for prison duties (e.g., place of execution)

?      Bars that earn more than 51% of their income from selling alcoholic beverages for consumption on the premises.

?      Private businesses where the owner has signs prohibiting weapons on the premises

The penalty for violating these restrictions can range from a Class C misdemeanor charge all the way to a federal offense. So, if you plan to open or concealed carry, make sure you clearly understand where you can and cannot wear your firearm.

HB 1927 also outlines procedures for interacting with law enforcement. Specifically, the law defines how officers can act to someone carrying a gun. Initially, the law forbade the police from questioning someone simply because they are carrying a firearm. However, the legislature removed this provision.

Further revisions to the law removed that provision and allowed officers to disarm a person at any time during the performance of their duties if they feel it is necessary to protect themselves or another person. That means that if an officer reasonably believes you might harm yourself or others, they can ask for you to remove your firearm.

However, HB 1927 does not specify that an officer can detain a person for carrying a firearm. The courts may still need to rule on this particular interpretation of the law.

Yes, private businesses and property owners can ban the possession of firearms on their property, provided that they give proper “notice” to others who may enter. Proper notice includes oral notification or signs. Property and business owners must provide signage with lettering at least one inch tall in a clearly visible location. This provision also means employers can prevent you from carrying a firearm while at work.

Can Handgun Owners Still Obtain a License to Carry?

Can I Carry a Firearm While Intoxicated?

HB 1927 allows an intoxicated person to carry a firearm, provided they are in their home or on another’s property with their permission. Keep in mind that intoxication may affect which activities you can engage in. As such, carrying while intoxicated may be a crime in places where carrying sober would not be.

CAA does not advise or suggest carrying a firearm while consuming alcohol or intoxicated on any substance.

Did HB 1927 Change Any Criminal Penalties for Violation?

No, HB 1927 does not change the laws surrounding buying a gun. You must still be older than 21 to purchase a firearm, and you must go through a background check if you buy from a licensed dealer. Sales between private owners are still exempt from background check requirements.

Does HB 1927 Apply to Any Other Weapons?

The text of HB 1927 focuses specifically on handguns and pistols and does not include legislation for any other types of guns or weapons. In Texas, it is already legal to openly carry long guns, such as rifles and shotguns, as well as bladed weapons, such as knives, machetes, and even swords.

What Other States Have Constitutional Carry Laws?

Aside from Texas, 20 states have similar constitutional carry laws, including:

Of these states, Vermont is the only one that has had constitutional carry laws its entire history, as it never passed any carrying bans.

In addition to removing license requirements for carrying a firearm, HB 1927 creates provisions for the expunction of unlawful carrying convictions at non-prohibited places before September 1st, 2021. Also, HB 1927 clarifies that foster parents have the right to carry a handgun when transporting foster children, provided they legally own their gun.

The Constitution protects the right to possess and bear a firearm. However, an important part of knowing your rights is also knowing what laws apply to you. Texas historically has been a pro-gun rights state, and HB 1927 is a victory for gun advocates everywhere. But every law comes with some responsibility. Make sure that you properly research and understand your rights under HB1927 and how it might affect your ability to carry a firearm in public.

Introduction to the Glock 30 Gaston Glock, an Austrian knifemaker, first designed the Glock 17 handgun, which became…

How to Clean a Gun

Whether you own a gun for self-defense, recreational use, or hunting, it's essential to keep iht clean and…

Canik Firearms – About the Brand, Its Top Handguns, & More

Canik Firearms is a Turkish brand that produces a high-quality selection of pistols, adjustment systems, and accessories. Over…